Background Born in Welling, Kent, in 1966, the youngest of three sons of Michael and Sheila Pooley. Rod started playing electronic organ at the age of seven years studying under the very capable guidance of John Norris (Principal of the Southern Music Training Centre Bromley). Rod furthered his playing skills by starting piano from the age of ten. Rod at this time was very fortunate to be taught the piano by a top London jazz pianist James Fagg which is no doubt why Rod is an extremely fluent jazz player. Rod passed the eleven plus and went to Chislehurst and Sidcup Grammar School which at that time had one of the largest school music departments in the UK. The school had three full orchestras and Rod's claim to fame was to perform solo in concert at the school in front of former prime minister Sir Edward Heath who was the Bexley MP at that time. While at Grammar School Rod also formed the first jazz band the school had ever had. During and after leaving full time education, Rod won many major titles in the organ world. These include: Achievements 1981 at 14 years of age Young Theatre Organist of the Year 1985 and 1986 at 18 and 19 years of age National Organist of the year 1988 at 21 years of age Yamaha Electone Festival Winner Rod has Grade VIII on Piano and Organ and achieved a performance diploma in electronic organ playing at just 17 years of age.For two years Rod was a Church organist at St Michaels and All Angels Eastbourne where the family had moved to in 1982.Rod's professional career was already well established by the time he left school, performing at many organ societies. He has performed in many forms of entertainment both as soloist and in bands and big bands. Rod has worked with the Joe Loss Orchestra, the Ken Mackintosh Big Band, Mike Reid and Jimmy Tarbuck. Rod has organised and run a very successful organ and keyboard school, and now combines his busy performing and demonstrating career with a directorship of The Drawtones his Funky Organ Classics band. Music Industry Experience 2012 - Present Demonstrator and Softeware Writer for Yamaha TRX Keyboard Systems. 2004 - 2012 Rod was Product Specialist and Events organiser for Korg UK. As well as conducting workshops and demonstrations to Organ & Keyboard clubs and societies around the country, Rod launched new Korg products most recently the Pa3x Professional Arranger Keyboard. 2002 - 2004... Hammond Demonstrator specialising in the XT, XE and the New B3 which Rod helped to launch in the UK at Caister. 2000 - 2002... Roland Atelier Demonstrator 1995 - 2000... Technics Music Academy Teacher and Demonstrator of Organs and KN Keyboards. 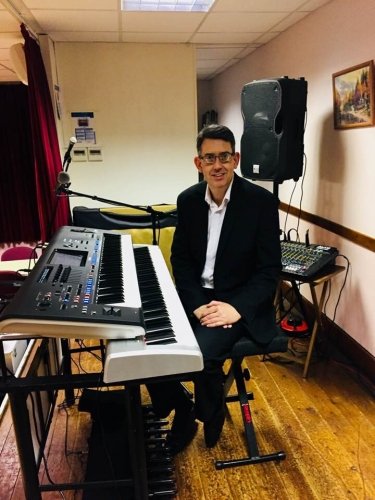