Lewis Scott is a young organist from Cottingham, East Yorkshire and plays Electronic, Theatre and Classical organ at 2 local churches. During his concerts you will hear a mix of sounds and music genres including theatre organ, orchestral, film music, showtunes, bigband/jazz and popular tunes from across the decades all using his own musical style and interpretation which he takes great pride in getting the right sound. Lewis started aged 8 with lessons on a Technics E55 progessing to the Technics G7, and most recently the Roland Atelier AT900c which he uses for concerts. In 2013, aged 14, he experienced the power of the theatre organ during a visit to the Scarborough Fair Collection and was inspired to learn this type of instrument. He entered the American Theatre Organ Societies, London Chapter, Young Theatre Organist of the Year Competition in 2014 having limited knowledge of these wonderful instruments and in 2015 was awarded the Dean Herrick Memorial Trophy for promoting the thetare organ. In September of 2016 Lewis won the competition held at the Astoria Centre, Barnsley with two contrasting pieces of Stardust and Barry Manilow's Copacabana. He was again awarded the Dean Herrick Award in 2017 for further promoting the organ to new audiences. Since his time playing the theatre organ, he has played in young organist concerts and shared concerts across the country, and in 2017 his first solo concert at Ryehope, Sunderland. On the Electronic circuit he has played in mini concerts at Gainsborough, Shalford, White Rose, Hemsby Keyboard Cavalcade Festival and Ashbourne, with full concerts most recently at Rutland and Northampton as well as concerts booked for this year and 2019. In his spare time, Lewis is an avid photographer and plays cricket when he can. As well as playing organs, he also enjoys collecting organs, and has several Technics Models including a GA3, C800 and FN3, and also having a vintage Hammond A100. He is currently restoring a Compton Theatre organ from the Tonic, Bangor built in 1936, and has removed a small local church organ before being scrapped. And most recently wood turning. 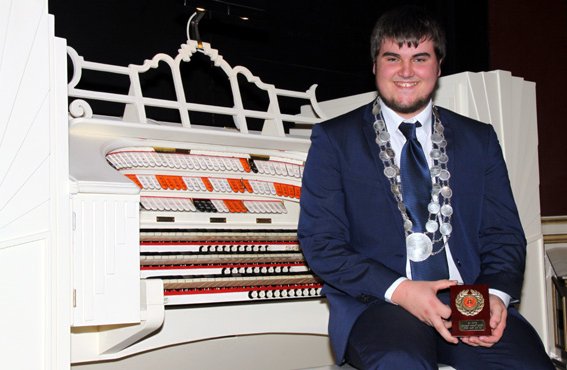