David was born in Ipswich on 21st February 1969 and his interest in music became evident even before starting school. Piano lessons started at the age of seven and he worked his way through the Royal School of Music Associated Board's examinations, which he completed by passing Grade 8 with distinction. Following this success David was auditioned, along with about 50 other pupils of members of the Incorporated Society of Musician's and he was chosen to take part in a concert held at the Town Hall, in May 1986. David's sparkling performance on the Steinway grand piano of the Fantasia in D Minor - K397 by WA Mozart was received with great enthusiasm. David's interest in the organ started with an electronic instrument after attending a Mark Shakespeare concert at the Ipswich Corn Exchange. An organ of his own soon followed, on which he was self taught. The discovery of the ex-cinema Christie pipe organ in his local church and becoming a member of the Ipswich Light Organ Music Society, to which the organ belonged, enabled him to extend his interest. Regular practice at the Christie enabled David to enter the Cinema Organ Society's competition for young theatre organists, which were held annually at the Electronic and Pipe Organ Convention at Gunton Hall in Suffolk on the fine Compton theatre organ installed there. In 1987 his efforts were rewarded when he won the Society's 'Young Theatre Organist of the Year' trophy. As a result of this success David was offered tuition at the Cinema Organ Society's 4 manual 23 rank Wurlitzer, the ex-Trocadero Elephant and Castle instrument, which was at that time installed at the South Bank University in London. Regular monthly tuition by the then COS Musicial Director, David Lowe, followed. David was appointed resident organist of the Ipswich Light Organ Music Society at the age of eighteen and played his first full concert for the Society on his 19th birthday. He has played annually for the Society ever since as part of their season of celebrity concerts. In the early 1990's, Nigel Ogden and his team of BBC recording engineers came to the Castle Hill Church in Ipswich to record David at the Christie. Most of the pieces recorded then have since been broadcast on the BBC Radio 2 programme "The Organist Entertains". David is able to supply a variety of instruments for playing concerts for organ and keyboard clubs and societies. The instruments currently in use are the Roland AT900C, Roland AT350C, Yamaha EL900, Yamaha Stagea ELS01C, Yamaha Tyros 4 and Tyros 5. David's concert programme is full and varied and consists of completely different music to that of his dance engagements. Concert venues to date have included visits to The South Bank Polytechnic, Southampton Guildhall, Bournemouth Pavilion, Jersey and Guernsey, Redruth, Carlisle, Plymouth, Grimsby and numerous others. Also, in the late 1980's David was introduced to a young lady who was taking electronic organ lessons, and whose parents happened to be teachers of sequence dancing. David was persuaded to go along and watch the proceedings with a view to possibly playing for dancing. After having the principles of strict tempo and playing in sequence explained to him he decided to have a go. The rest, as they say, is history! David's reputation as an accompanist for sequence dancing and also modern ballroom soon spread and together with his concert work, he now averages 50,000 miles a year playing for clubs and societies all over the country. In 1993 David had his first album issued by Maestro Records and has now completed his forty-eighth album and has been awarded a Gold disc by his recording company. To review the list of David's CDs please visit www.maestrorecords.com/music-cds/all-artists/david-last. In April 2001 David was married to Alison, the young lady in question, and they are now happily settled in their home in Ipswich, together with recent addition, their son Thomas, in the beautiful county of Suffolk. 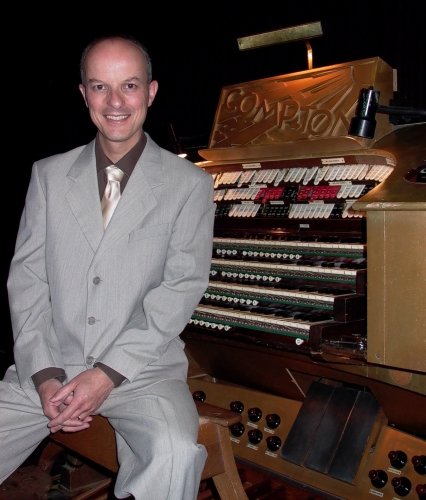