Chris Powell has firmly established himself as one of the UK’s premier ‘entertainment organists’ as well as a truly international ambassador in the field of electronic and theatre organ music. Born in Manchester in 1971, he emigrated to New Zealand with his parents when just 2 years old. Returning to England at the age of 5, his education and formative years while growing up in Lancashire saw him pursue his love of music with piano and organ studies culminating in a string of engagements for both local concerts and dances from the age of 14 onwards. By the time he was 18, he had successfully auditioned to join the team of organists playing for dancing at the Tower Ballroom Blackpool and began to be recognised for his musical talents leading to a succession of invitations to perform at electronic and pipe organ venues. Following his experience at Blackpool, Chris widened his talents to include work as a demonstrator for several manufacturers including Farfisa, Orla and more recently Roland with whom he is now associated on a freelance basis and as such tours with their state of the art AT-900C Atelier instrument. 1994 saw as invitation to return to New Zealand for a month long concert tour on pipes and electronics which lead to an exciting invitation to spend all of 1996 as a Resident Organist at the ‘Baycourt Theatre’ in Tauranga. This was a unique and exciting experience; he undertook all manner of concerts, functions and dances while playing the Theatre’s 10 rank Wurlitzer as well as accompanying the Operetta – ‘The Merry Widow’ on this much loved vintage instrument to capacity crowds. Since then, he has gone on to become one of the most popular performers in the UK and intersperses his regular annual diary of engagements in Britain with frequent overseas concert tours with have included Holland, Australia and the US as well as NZ in recent years. Chris was also interviewed and filmed in action for a documentary on cinema nostalgia which screened in NZ in 2002. 2019 sees his 16th tour of NZ and 9th of Australia. He has a catalogue of acclaimed CD and DVD recordings to his credit on both pipes and electronics. He has also produced a huge array of software - with registrations available for Roland Atelier, Korg and also Yamaha. Chris also fronts a number of high class organ and keyboard festival events (Music4you) at 4* hotels in Bournemouth, Torquay and Warwick/Stratford. Please phone 0330 0431039 or see elsewhere on OrganFax for more details 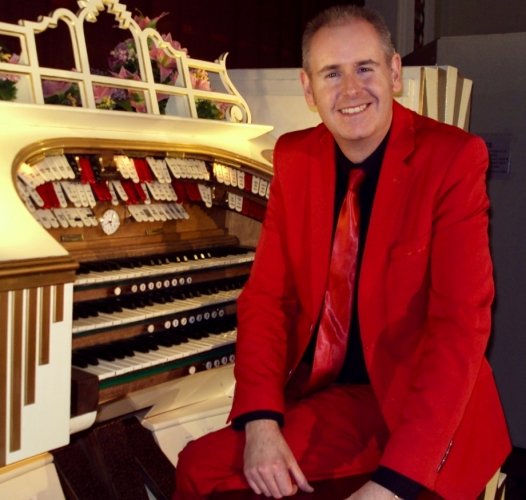